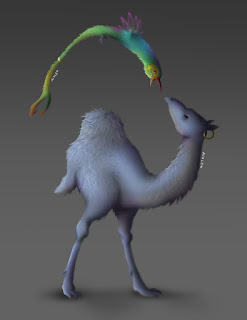 Heda and Hurah are monsters based on mutualism. Each one depends deeply on the other one in order to survive.

Heda (the one who resembles a camel) is common to find on deserts and jungles. While Hedas are useful for transporting people and freight, their hump is covered in a special oil, which attracts a lot of insects among Muhnmu and Foloffi, hurting and causing infections on Heda. Since Heda’s diet doesn’t consist on insects, Hurah appears.

Hurah (the bird) is always seen close to Heda. Hurah’s diet is based only on insects, so it’s too common to see a Heda walking slowly while being surrounded by one Hurah.

Since these two monsters’s relationship is so crucial for their lifespans, natives took their shapes and created the letter H, representing dependence and tolerance. 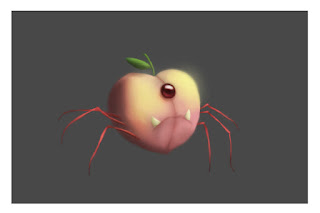 Muhnmu are odd insects. While their food consist of sugared water, they love to bite at people if they get closer.

Due to it’s resemblance with peaches, and their mastery to hide their legs and face, it’s super easy to mistake them as real fruit. While peach-shaped Muhnmu are well known, these insects can adapt and take form under other kinds of sweet fruits, like strawberries, plums and others.

Muhnmu are not edible, but in Spring, these insects secretes a sweet liquid, that people can use to make delicious sugar free candies.
Posted by Aixlen at 12:11 PM No comments: 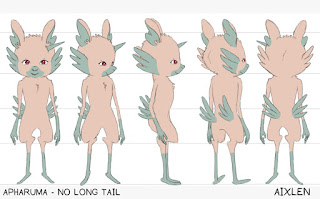 Turnaround for Apharuma's character. Still studying and trying to find a balance for the turnarounds.
Posted by Aixlen at 12:42 PM No comments: 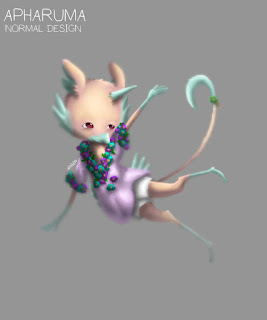 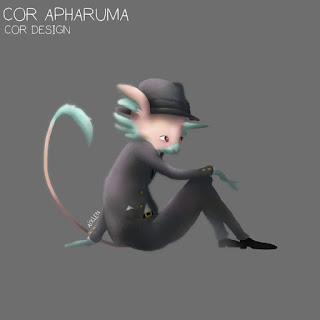 Apharuma’s character concepts. As everyday outfit and as a Cor, part of a defensive organization.
Posted by Aixlen at 7:00 AM No comments: 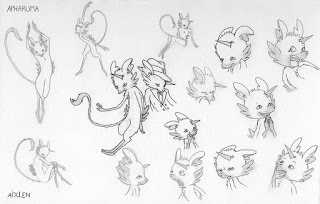 Some sketches and simple pose and expression studies for Apharuma's character.
Posted by Aixlen at 11:22 AM No comments: 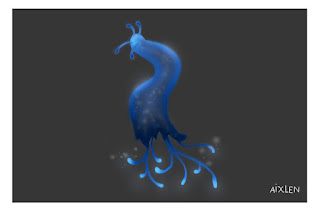 Exchea are marvelous creatures that can float in the air. While they are harmless, they can be dangerous in large numbers, because of their need of oxygen in order to float around, taking away the oxygen for other species.

A lot of different medicines can be created from Exchea’s little tentacles.
Posted by Aixlen at 7:41 PM No comments: 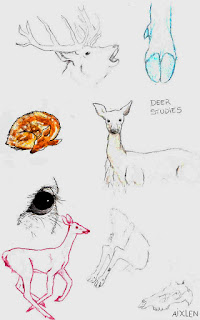 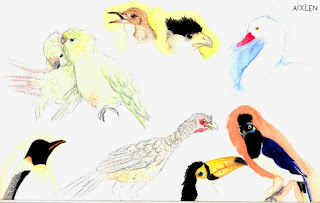 Super simple studies with deers and birds that you can usually find in my country. I used watercolors (pencils and pans), Polycromos and Copics.
Posted by Aixlen at 8:09 PM No comments: 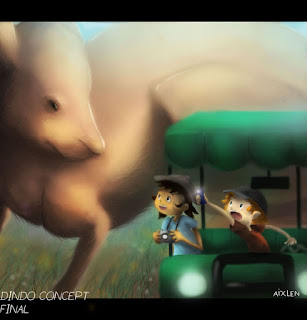 Final concept for Dindo monster, representation of maternity.
Posted by Aixlen at 2:49 PM No comments: